Hi, ! We want you to earn a lot and have fun in doing so! New users please read our FAQ.

More than an earning site, FaucetGamers wishes to be an inspirational crypto community. Part of that is doing our part to help out the world. We support different charities on a rotating basis. Anyone can donate simply fill out the form below here.

100% of your donations will go to the Animal Welfare Institute, whose mission is to “to alleviate the suffering of animals caused by people”. This charity has been rated A+ by Charitywatch.org, an independent charity review agency.

In our past charity effort, we raised $105.06 in support of Charity: Water. A mission to supply clean drinking water to all. Thank you so much anyone who contributed to that noble effort! 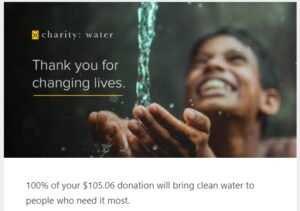 Login to view your balance.